PHOTOS António Sanmarful and courtesy of the Environmental Protection Bureau

In an interview, Tam Vai Man, Director of the Environmental Protection Bureau, describes the priorities of his bureau and how they aim to preserve Macao’s environment.

The past decade witnessed a dramatic shift in people’s attitudes toward the environment, driven by activism and the increasingly tangible effects of global warming and environmental degradation. These factors, along with habitat loss, led to a 58 per cent drop in global wildlife populations since 1970; without interventions that number could reach 66 per cent by 2020 according to the World Wildlife Fund. 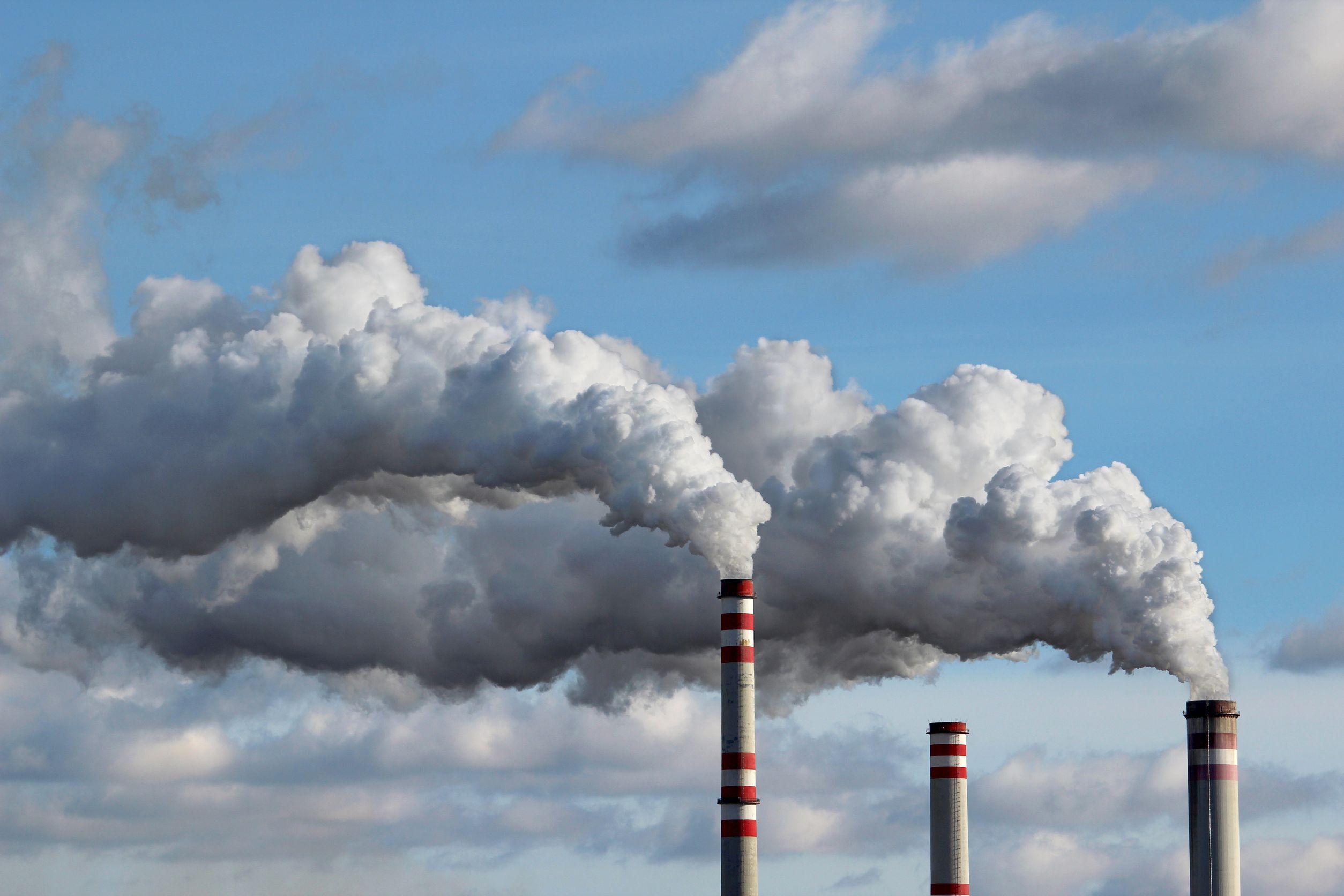 Plastic, a ubiquitous material in modern life, takes as much as a millennia to break down, clogging landfills and polluting waters around the world. Rising temperatures take their toll as well, contributing to devastating famines and flooding, and strengthening tropical cyclones.

There are two environmental issues that are most concerning in Macao: air pollution and solid waste.

Since the early 2000s, Macao has experienced unprecedented growth as a result of the booming gaming industry, growth that far outpaced environmental protection efforts in the city. In an interview, Tam Vai Man, Director of the Environmental Protection Bureau, told Macao Magazine what issues the bureau is currently tackling and its medium-to-long-term plans for Macao.

What does the Environmental Protection Bureau (DSPA) consider as major environmental issues in Macao?

There are two environmental issues that are most concerning in Macao: air pollution and solid waste.

Improving air quality is one of the government’s key environmental protection objectives. A series of measures to improve air pollution from mobile sources (motor vehicle emissions) and stationary sources (emissions of commercial/industrial facilities and food/beverage establishments) were set out in the “Environmental Protection Planning of Macao (2010‐2020).”

The government has taken various measures to control air pollution from mobile sources, such as restricting the import of high‐polluting vehicles to Macao, banning the import of two‐stroke motorcycles, and regulating exhaust emission standards of newly imported vehicles and vehicles currently in‐use.

In order to control exhaust emissions from motor vehicles more effectively, the Administrative Regulation on “The Specifications of Unleaded Petrol and Light Diesel Oil for Motor Vehicles” was implemented in early 2017, which upgraded the quality of the unleaded petrol and light diesel oil to Euro 5 standards.

In regards to solid waste, we must try to reduce waste production at the source while also working to educate people on re‐using and recycling. Both cutting down on waste going into the incineration plant, and re‐ ‐using materials makes existing products more sustainable; we want to constantly reinforce the message of re‐using materials.

One program that we launched during Chinese New Year in 2017 was the lai si [red packet] recycling campaign, which encouraged participants to give their used or unused red packets to DSPA so we could re‐use them.

Another campaign is the “Computer and Communication Equipment Recycling Scheme,” which disassembles electronic devices and re‐uses the parts. If participants give us computers that fulfil the donated requirements, those are donated to partner charities like Caritas Macau that can pass them to people in need.

In order to enhance the recycling consciousness of the public and to promote the collection of waste batteries for proper treatments, DSPA launched a “Macao Waste Battery Collection Program” in 2016. Until today, around 900 battery waste collection points have been set up in Macao. Classifying waste such as paper, metals and plastics is another key focus.

In the future, we want to promote “EcoFun‐ ‐Waste sorting can be fun” in schools and the community. When residents send their waste to our collection points, they will receive scores based on weight or quantity. These scores can then be converted into coupons.

Organic waste is also a significant issue facing Macao – around 30–40 per cent of our waste is food waste. We want to reroute this waste away from incinerators and toward something more productive and environmentally sound.One of the ideas currently in the pipeline is recycling around 150 to 200 tonnes of food waste per day to undergo the anaerobic fermentation process to produce biogas for electricity generation. The leftovers can then be used as fertilisers. If this works well, we can then set up a food waste treatment centre at the landfill – this will help alleviate the pressure currently placed on the incinerators.

Apart from organic waste, Macao generates a lot of construction and demolition (C&D) waste. In the future, we will implement the “Management Scheme of Construction and Demolition (C&D) Waste of Macao”. Using an economical approach to control construction waste dumping might encourage industry players to sort C&D waste at the source and dump only waste that cannot be reused or recycled. Meanwhile, DSPA is in the process of constructing a C&D waste sorting facility, which will be located inside the C&D waste landfill.

This sorting facility will sort out and convert inert C&D waste into reclamation materials that can not only be used in local reclamation projects such as Zones E1 and D in Macao, but also can be transferred to the Guangdong province for reclamation. This initiative was approved by the State Council of the People’s Republic of China.

We know that environmental initiatives and efforts are most successful when they are integrated into the country’s legal system. Is DSPA working towards implementing laws to limit the use of plastic?
We have already finished a draft law to limit the use of plastic bags in the future. Our aim is to have this law implemented in 2019, with the legislative procedures starting in 2018.

Macao has an output of 2.11kg per capita of waste per day – a number considered high by international standards. How can we decrease the volume of waste produced, and what measures are being taken by the DSPA?
From a long‐term point of view, the “Macao Solid Waste Resource Management Plan (2017‐2026)” was launched in late 2017 and will be implemented step‐by‐step. By developing appropriate policies, creating incentives and controls through economic means, setting‐ ‐up new recycling facilities and optimising existing environmental infrastructures, the aim of reducing waste and recycling and re‐using various resources can be achieved.

A 2016 DSPA report found vehicle exhaust to be a significant source of air pollution in the city. Is DSPA doing anything to support switching to zero‐ or low‐emission vehicles?
Electric or hybrid cars would be ideal, and the use of zero‐ and low‐emission vehicles is encouraged in the long‐term as this helps to improve the air quality. Electric cars are completely tax‐free under Law 20/96/M, but right now, we have to solve the charging problem by cooperating with the Transport Bureau, the Office for the Development of the Energy Sector and the electric company to build charging stations – around 200 charging stations are being planned.

We understand that the government should take the lead and start using electric vehicles to show locals that they can and should use them too.

In terms of environmental protection, what are DSPA’s main plans?
“The Environmental Protection Planning of Macao (2010‐2020)” is Macao’s first environmental planning document. As it is progressing, DSPA has conducted an assessment on the medium‐term implementation and effectiveness of the document by reviewing the performances of the action plans and indicators.
The long‐term tasks of the plan will be continously propelled in the coming years.Light pollution in Macao needs attention from the government.

Is the DSPA looking to implement any laws to lessen light pollution in Macao? What do you think should be done?
DSPA has prepared a guideline on lighting equipments and this guideline is provided to relevant licensing authorities. DSPA has suggested including the above guidelines in licensing procedures. At present, the DSPA will provide technical opinions when there are requests from relevant licensing authorities, and follow up on complaints of light pollution.

Is the DSPA actively encouraging environmental awareness in schools and among the public? If so, how?
DSPA launched the Green school program in 2010, and since then 78 schools have joined to become “green schools” – optimising energy efficiency, conserving resources, and creating a healthy learning environment for students.

We recently organised a joint campus waste reduction campaign with the Education and Youth Affairs Bureau and the Macao Catholic Schools Federation to continue encouraging the recycling of batteries and electronic products in schools.

Between July 2016 and July 2017, we set up a pilot food waste treatment machine at Seac Pai Van public housing to handle over 9,000 kg of food waste and provide scientific data for future analysis. In the future, we will adopt a large centralized food waste treatment centre (e.g. with a treatment capacity of 150 to 200 tons per day) at the landfill.

We understand that the government should take the lead and start using electric vehicles to show locals that they can and should use them too.