Seven of the nine are classified as monuments: the four Fortune-Virtue Temples (Foc Tac, in Cantonese), located in Bairro da Horta da Mitra, Rua do Teatro, Rua do Patane and Rua do Almirante Sérgio; the remains of the old city walls near Estrada de S. Francisco, Estrada do Visconde de S. Januário and the Chapel of Our Lady of Penha; Dr. Sun Yat-sen’s former Chinese-Western pharmacy in Rua das Estalagens; and the former Residence of General Ye Ting in Rua do Almirante Costa Cabral.

The Ox Warehouse and Municipal Kennels at the corner of Avenida Coronel Mesquita and Avenida do Almirante Lacerda and the Blue House in Estrada do Cemitério – currently headquarters for the Social Welfare Bureau – round out the list of buildings.

These constitute the first group of immovable properties deemed culturally valuable. A second grouping is pending evaluation and will be announced in June of this year. 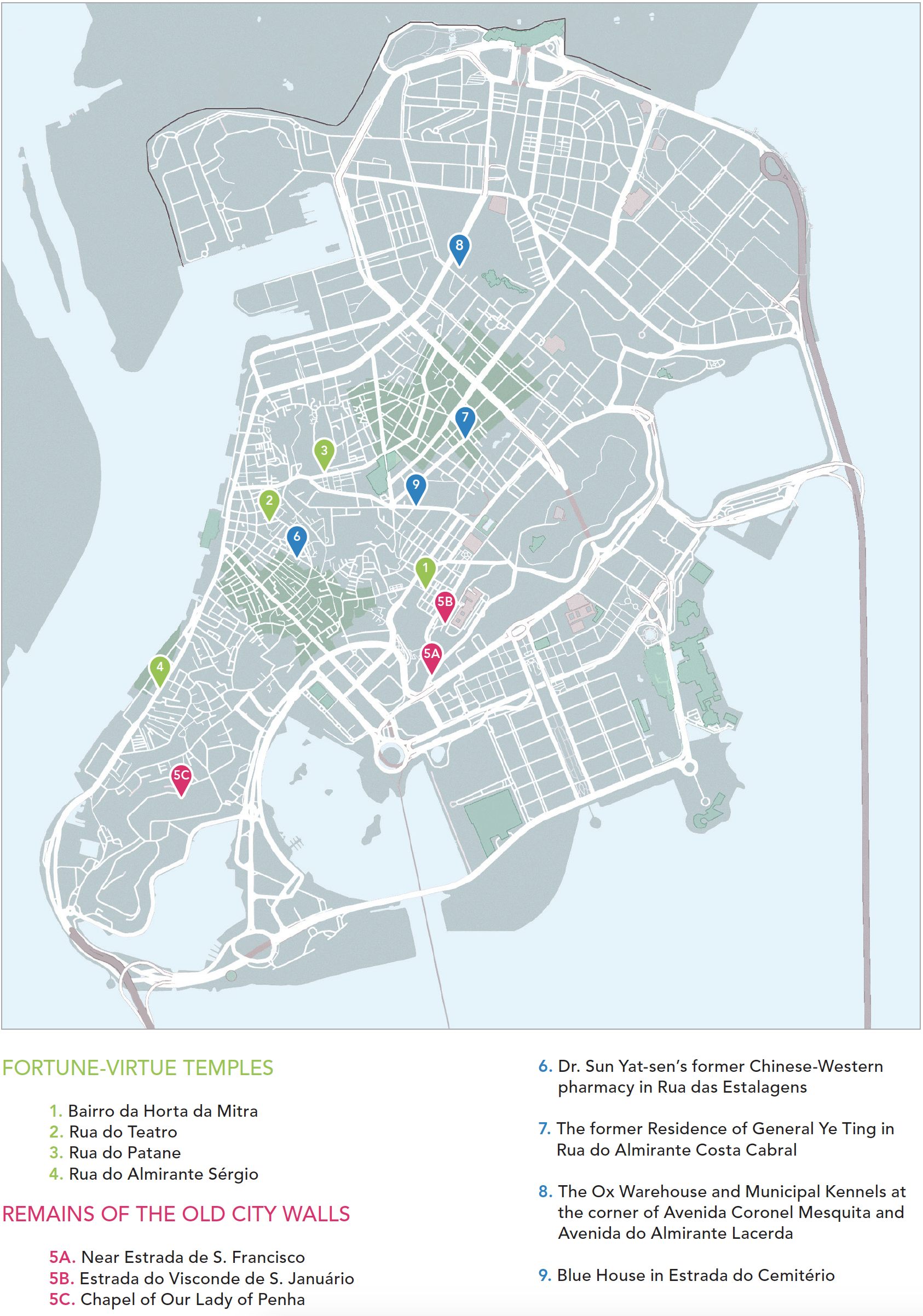 « The treasure of light » Tchoi Long, The Feast of the Drunken Dragon