For the past few weeks, Macao has been home to a new Chief Executive. And shortly after Ho Iat Seng was sworn in last month, the city’s new head pledged to pursue the development of a ‘service-orientated’ government.

On 20 December 2019, Macao did not just celebrate 20 years as a SAR. It also welcomed a new Chief Executive, Ho Iat Seng. And, shortly after he was sworn in by President Xi Jinping, Macao’s Chief Executive pledged to the city that he will pursue the development of a ‘service–orientated’ government and improved public administration efficiency.

Ho made the remarks in a speech at a reception hosted by the local government to celebrate the 20th anniversary of the establishment of the SAR. During the speech, he noted that President Xi, who had only just ended his three–day visit to Macao, had made profound remarks about the characteristics, highlights and important experiences in the city’s implementation of the ‘One Country, Two Systems’ principle.

Ho said Xi’s remarks had drawn a new blueprint for Macao’s development and demonstrated the central government’s ‘heartfelt care and sincere support’ for the SAR. “This has brought about new development opportunities for Macao and added new impetus to its development,” said the newly–sworn Chief Executive.

During his speech, the newly sworn-in Chief Executive Ho pledged that his new government will fully and accurately implement the ‘One Country, Two Systems’ principle, govern Macao in strict compliance with the nation’s Constitution and the Macao Basic Law, firmly uphold the central government’s ‘overall jurisdiction’ over the city and steadfastly uphold the country’s sovereignty, security and development interests.

Ho said that his new government aimed to set up a ‘service–orientated’ government, namely by strengthening the management capabilities of public servants, enforcing officials’ accountability, building a clean government, enhancing public administrative efficiency, making wise use of public money, improving e–government services, strengthening communication between officials and residents, and ‘steadily’ streamlining the public administration system. He also said that his new government will strengthen promotional campaigns for the nation’s Constitution and the Macao Basic Law, and improve the mechanism in relation to their implementation. He also said that the new government will improve Macao’s legal system with the constitutional foundations jointly set up by the Constitution and the Macao Basic Law.

The new Chief Executive pledged that his new government will push ahead with diversifying the city’s economy and that it will continue to promote Macao’s role as a hub for trade and economic relations between China and Portuguese–speaking countries. The new government, he added, will safeguard and consolidate Macao’s social landscape of harmony and stability, as well as ‘more quickly’ pushing ahead with urban planning, urban renewal, the development of public housing projects, the improvements in the traffic condition and the development of a ‘smart city’. He also mentioned boosting environmental protection.

Hours before the reception, the Chief Executive pledged that the new government will adopt ‘synergies and advancement, changes and innovation’ as its governance motto and promised a more open and courageous stance in decision–making. He spoke on the occasion of his inauguration as the fifth-term Chief Executive of Macao since the transfer of the territory’s administration to China in 1999 during a ceremony attended by more than 1,000 people.

Ho said that the last 20 years had proven that the principle of ‘One Country, Two Systems’ applied in Macao is feasible, attainable and well–received. The construction of diversified tourism industry and the promotion, establishment and growth of the convention and exhibition sector alongside the development of traditional Chinese medicine, of the cultural and creative industries and high technology, were considered by Ho as areas that his government should support.

Ho gave assurances that he would enhance the promotion and awareness of traditional Chinese culture, boosting exchanges and co-operation between the different cultures and promote the full development and innovation of cultural education. He also recalled that the Belt and Road initiative and the construction of the Guangdong–Hong Kong–Macao Greater Bay Area had brought major development opportunities to Macao.

Ho said that Macao’s role, in its process of development, is to boost the construction of the ‘one centre, one platform, one base’ principle – where ‘one centre’ refers to the city’s aim to become a world centre for tourism and leisure, ‘one platform’ refers to the economic and trade co–operation platform for China and Portuguese–speaking countries and ‘one base’ refers to the base of multiple cultures’ co–existence with Chinese culture as the mainstream – to deepen regional co-operation, in particular with the city of Zhuhai, for the creation of new mechanisms of co–operation to develop Hengqin Island and promote the proper diversification of its economy. “Macao has unique advantages as a bridge between East and West and between China and the Portuguese–speaking countries,” he said in conclusion.

Prior to Ho being sworn in as the city’s Chief Executive on 20 December, China’s State Council appointed the SAR’s nine principal officials and the Chief Prosecutor of the government, effectively making up the team that joins Ho as he takes Macao forward over the coming years. Only four of the 10 officials were reappointed, namely the Secretary for Security, Wong Sio Chak; the Secretary for Transport and Public Works, Raimundo do Rosário; the Commissioner of Audit, Ho Veng On; and the Public Prosecutor–General, Ip Son Sang. The other six were all new to the team, including Ao Ieong U, who became the only female in the group, taking the role of Secretary for Social Affairs and Culture.

Macao has unique advantages as a bridge between East and West and between China and the Portuguese-speaking countries.

During the presentation of the nine officials and Chief Prosecutor in early December, Ho reaffirmed that he will put special emphasis on undertaking an in–depth reform of the public administration system. In his speech he pledged that his government will continue to fully and accurately implement the ‘One Country, Two Systems’ principle, strictly adhere to the nation’s Constitution and the Macao Basic Law, firmly uphold the country’s sovereignty, security and development interests, and also firmly uphold the central government’s ‘overall jurisdiction’ over the city.

Ho also said that the government will continue to ensure the successful implementation of the principles of ‘One Country, Two Systems’ with Macao characteristics, ‘Macao people governing Macao’ and a high degree of autonomy. The 62–year–old pledged that his government will place strong emphasis on collecting opinions and suggestions from residents for its governance and that it will formulate measures and policies after fully considering civil society’s views.

Cheong, born in Beijing, was the director of the Legal Affairs Bureau (DSAJ) until he was appointed head of the anti-graft body for the last government from 20 December 2014.

Macao-born Rosário, a civil engineer by profession, joined the public administration in 1979 before leaving in 1990. He became Macao’s representative in Lisbon when the MSAR was established and returned as Secretary for Transport and Public Works for the last government. 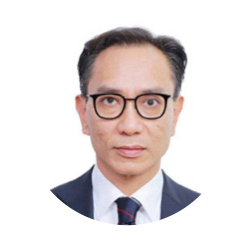 Chan, born in Hong Kong, finished high school in Macao in 1987. He became a prosecutor in 1997 before being appointed as an assistant prosecutor-general in 2000. 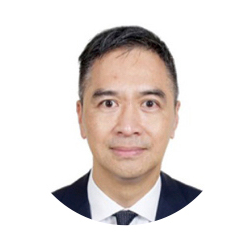 Ho, born in Macao, was the chief-of-cabinet of the Chief Executive Office (GCE) between 1999 and 2009 under Edmund Ho’s administration before being appointed as the commissioner of Audit. He has been reappointed. 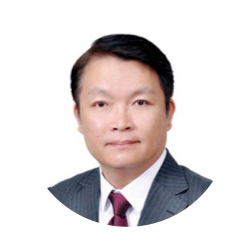 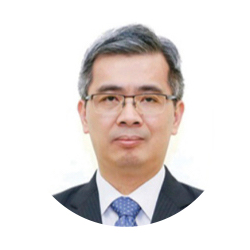 Wong, born in Guangdong province, began working as a senior staff member in the Judiciary Police (PJ) in 1994. Since then, he’s been a prosecutor, deputy PJ director, PJ director and an assistant prosecutor-general. He was appointed Secretary for Security for the last government. 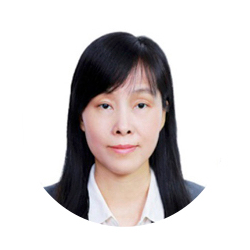 The only female in the new government team, Ao Ieong, also born in Guangdong, joined Macao’s public administration in 1994. She once worked for the PJ and was appointed deputy director of the Identification Services Bureau (DSI) in 2000 before becoming director in 2014. 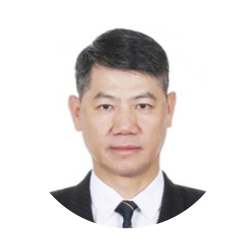 Leong, also born in Macao, joined the Public Security Police (PSP) in 1988. He headed the PSP Operations Department in 2013 before becoming an assistant to the Commissioner-General of the Unitary Police Service (SPU) in January 2014. He became PSP head on 20 December 2014. 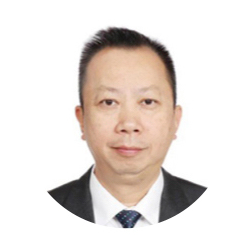 Vong, another new Secretary born and bred in Macao, joined the Maritime and Excise Police (PMF) in 1989 before he was transferred to the Macao Customs Service when it was established in 2001. 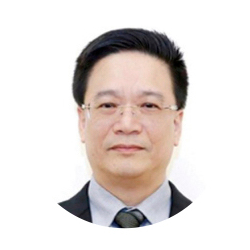 Ip, who was born in Guangdong province, became a prosecutor in 1998 before becoming a judge of the Court of First Instance (TJB) when the SAR was established. He was appointed as the chief prosecutor for the last government in 2014.