When thinking of crime-fighting policemen, rarely do lighthearted comics come to mind. But in recent years, the Public Relations Division at Macao’s Public Security Police Force (PSP) has been creating informative artwork that make the force’s initiatives more approachable.

Traditional informational materials were too boring, explains Chief Superintendent Lei Tak Fai, who leads the Public Relations Division. In order to better engage the public, the force had to get creative. So in 2014, they deployed an unconventional new strategy and started creating a slew of artistic promotional materials.

With ten people on the creative team, the PSP Public Relations Division creates everything from the comics, which you may have seen advertised on the public buses, to infographics for social media, cartoons, calendars, animations and more. “We decided to create things like comics and calendars so people can take them home and learn more about the police force’s activities,” says Lei.

Spearheading the art direction is Principal Police Constable Fong Hei Hong, who has been on the team since it started around seven years ago.

The programme has been very successful when it comes to shifting public sentiment, he says. In the past, people often became nervous or scared when they saw a policeman walking down the street. Many also felt anxious if they had to visit a police station, even if they were just asking for information or making a report. “We hope to establish a closer relationship between the police and the public through our comics,” says Fong.

Among the team, there are many different types of creative experts. Some are focused on illustration and comics, while others work on graphics, animation, and 3D modelling. One of the more established artists is Chief Constable Lei Wai Man, who is in charge of all of the publicly displayed comic art.

In addition to being a police officer, Lei is also an experienced comic book artist, who goes by the alias, MP Man. With this Japanes manga-inspired style, the chief constable strives to inform the public more about police work with his artwork – evident in some of his previous comics, including the ‘Escola de Polícia II’ and ‘Herois do Circuito’ series, the latter of which centres around the Macau Grand Prix. “It’s hard to find anyone as good as Lei when it comes to drawing comics,” says Fong.

Exposed to comics and manga from an early age, Lei started illustrating when he was 15-16 years old and even self-published a comic in secondary school. But as he learned more about the industry, Lei realised that it is very difficult to make it professionally as a local comic artist, so he set his artwork aside and joined the PSP in 1997. After around 17 years without creating a comic, Lei was transferred to the PR division where he had an opportunity to pick up the craft once again. “As a member of the team, I was very excited when I joined because comic creation has always been a favourite,” he says. “Now I can contribute my ability to the force and I am absolutely proud of it.” He also shares how well the team gets along, with superiors that are very supportive towards their creativity.

Another member of the team is Chrissie Kong, who works on the force’s various animation projects. Kong loved to draw growing up and eventually studied design at a university in mainland China at Huaqiao University in 2011. She also enrolled in an exchange programme in Taiwan, where she studied Multimedia Art Animation at National Taiwan University of Arts in 2013.

She returned to Macao in 2014, she applied to join the police force in 2016. “I’ve been here for three years now,” Kong says. “My work is very fun because I have the freedom to decide how the animations should move.”

In terms of the work environment, Kong says she enjoys the team’s creative discussions, because it helps them continuously improve their work. When it comes to the animations, she says, the team often brainstorms different ways to make the end result more entertaining and approachable.

Chief Constable Lei finds inspiration for his police comics everywhere, especially the daily happenings in the city. For instance, if the police force logs a series of crimes, Lei and the rest of the creative team may propose a public service campaign on crime prevention to inform and educate the public.

They also find inspiration from the force’s busy schedule, which includes everything from award ceremonies, education events and training sessions. “For our calendars, we decide a theme for each month based on the police-related events scheduled for that time period,” says Chief Superintendent Lei Tak Fai, who leads the Public Relations Division. “The art for March on the calendar usually relates to the funfair celebration. And then in July and August, our artwork is usually all about youth to coincide with our Junior Police programme.”

It’s easy to see why: the police force provides lots of games for the public to enjoy, custom-made police plush toys as giveaways, and an opportunity to share feedback with the officers. According to Chief Superintendent Lei, the police force takes the public opinions shared during the event very seriously and some suggestions can potentially impact how the force operates going forward.

Unfortunately, due to the pandemic, the force hasn’t held the celebration for the past two years but they have been collecting ideas with hopes that the event will go on in March 2022.

The team also stays up-to-date on pop culture and art trends, even taking part in 2020’s ‘#SailorMoonRedraw’ Twitter challenge, in which digital creatives submitted their own artistic interpretations of Usagi Tsukino, a popular manga character. As Chief Superintendent Lei shares, it took their in-house comic Chief Constable Lei about one day to complete the artwork on behalf of the PSP. “The team is often online, observing trends to get ideas and decide what to create,” he adds.

According to information compiled by the PSP, public satisfaction has improved over the years, but Lei says this has to do more with the work of frontline officers in the crime and traffic divisions than the department’s artistic endeavours. Based on the information compiled by the PSP, overall service satisfaction for frontline officers was 4.043 out of 5 points in 2019, compared to 3.80 points in 2014. “The PSP’s relationship with citizens is much more due to the frontline department and how they serve and treat the citizens. Our role is to help them,” says Lei. Even so, he says it is positive to see people using the force’s annual calendars and reusable bags, as well as learning from the department’s comics and infographics.

The infographics, he says, are key to helping people distil complex information and data in an efficient, easy-to-understand way. “Complicated information is better explained in a simpler manner such as in comics,” he says, adding that they are designed to be shared. “People can also share these infographics with one another over messaging platforms.”

Looking to the future, Chief Constable Lei Wai Man, the comic artist, hopes the team is able to continue producing comics and animations so ‘people get a deeper understanding of police work’.

To that end, Chief Superintendent Lei says the department’s end goal is to make the police more approachable, raise awareness about important topics like crime prevention, and develop deeper ties with the public. “We want to grow closer with the public so they won’t hesitate to contact us if they have questions or suggestions,” he says. “We want the public to know that we care about their wellbeing and that we strive to make sure Macao is a safe place.” 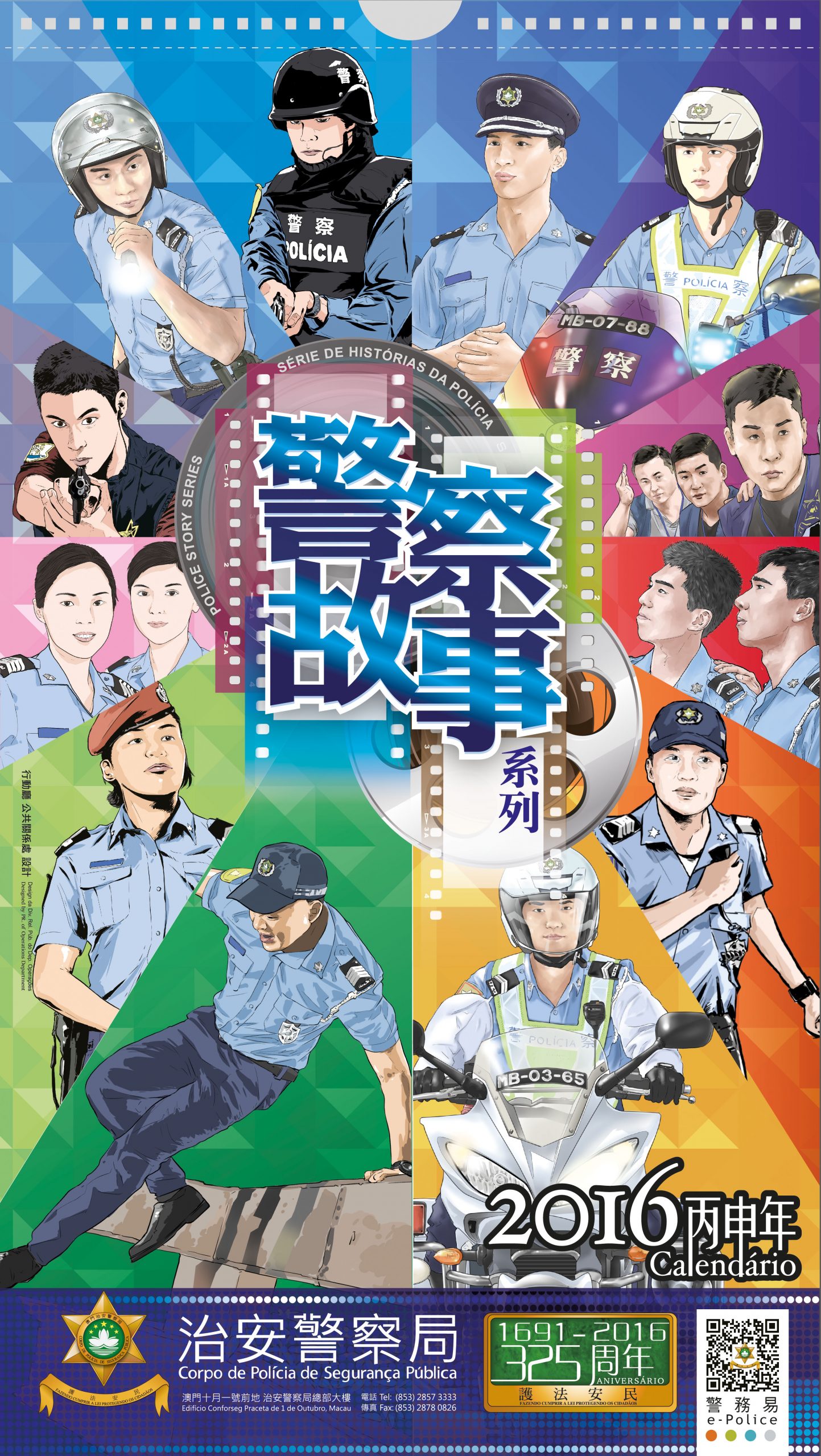 Window to the World Visions of Connection