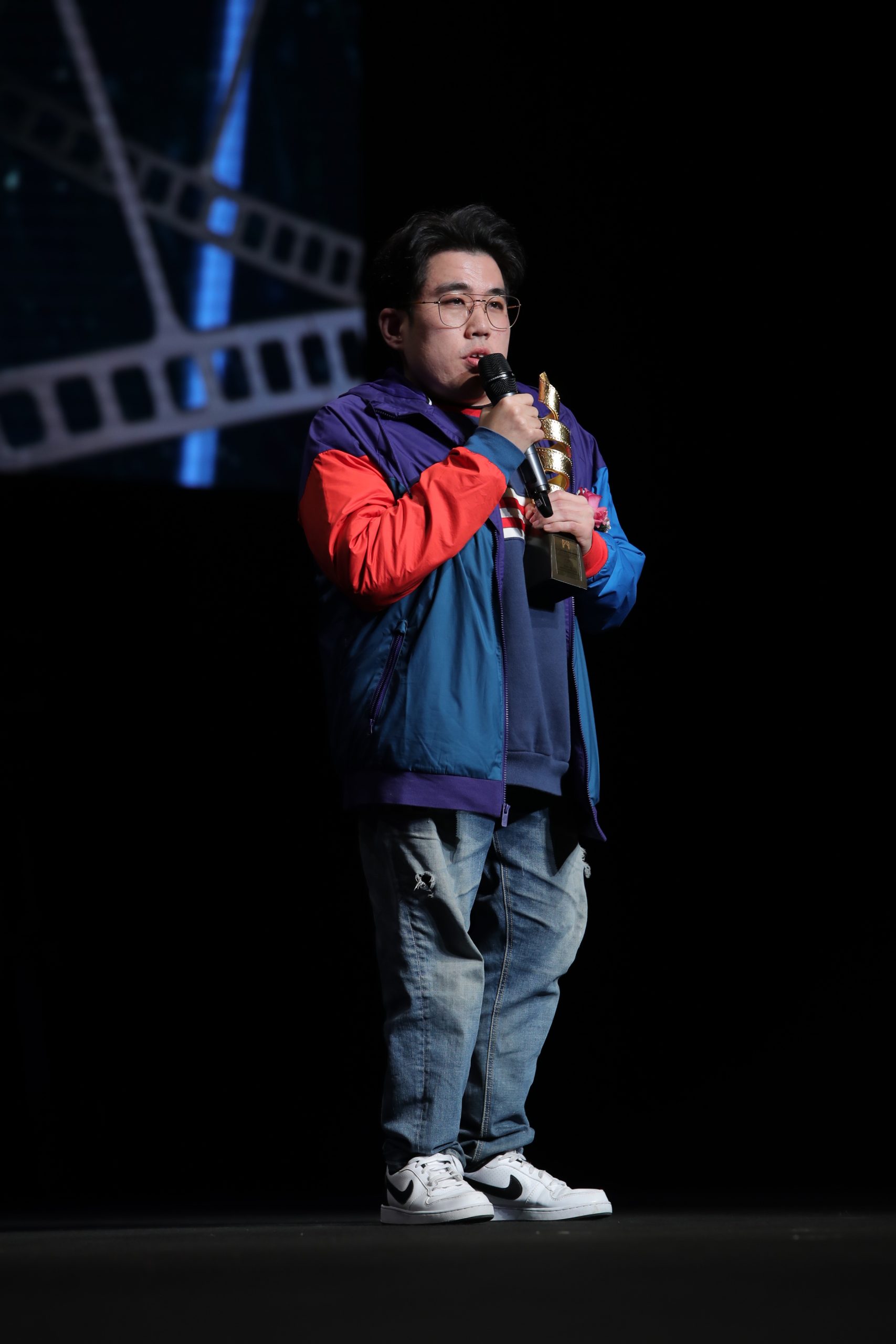 A graduation project of Korean Academy of Film Arts student Kwon Man-ki, Clean Up centres on two characters, and the emotional fallout when circumstances bring them together 12 years after she kidnapped him as a child.

Jury members lauded Clean Up as a powerful, visceral film which is “symbolic and naturalistic at the same time…The director unfolds a psychological drama with simmering intensity, humanising the criminal without condoning her heinous crime in any way.”

The festival screened 54 films this year, including 11 films competing for nine awards in the Competition section: School’s Out, The Guilty, The Good Girls, Ága, Scarborough, Suburban Birds, White Blood, All Good, Jesus, The Man Who Feels No Pain, and Clean Up.

The IFFAM Awards Ceremony, staged at the Macao Cultural Centre on 14 December, brought together around 800 guests and industry professionals from around the world. Award-winning actor Aaron Kwok dazzled as one of the event’s Talent Ambassadors, along with renowned Indian film director Shekhar Kapur and Chinese writer-director Xue Xiaolu as IFFAM Ambassadors. Famed Hong Kong emcees Bob Lam and Astrid Chan played host for the evening.

Not content to merely celebrate existing films, the week-long festival, 8–14 December, actively facilitated future projects. Senna Fernandes, speaking at the Awards Ceremony, touted their achievements: 400 individual Project Meetings aligned production teams with investors in face-to-face dialogues, while the new Work-in-Progress Presentations opened doors for filmmakers in search of partnership opportunities for projects close to completion. “We are eager to see the film festival bring bright opportunities for filmmakers in Macao and from around the world,” she enthused.

This year saw the unveiling of a new competition section for Chinese-language films, New Chinese Cinema, which pitted six films against each other: Dear Ex, Baby, Xiao Mei, Up the Mountain, Fly by Night, and The Pluto Moment. Zhang Yang’s Up the Mountain, a rumination on the push and pull of change in China with stunning composition and colours, took home the award for Best New Chinese-language Film of the Year.

To support local film production, IFFAM partnered with Local View Power (LVP) to show 14 films by Macao filmmakers in public screening sessions during the film festival this year. Lei Cheok Mei took the Jury Prize for Best Film for The Melancholy of Gods, a deeply personal exploration of depression in the territory, while Halfway by Ng Ka Lon received Special Mention at IFFAM. LVP Jury member Shekhar Kapur commended all of the films as “heartfelt” and “moving” portraits of “real things, real life and real experiences.”

More accolades were also presented at the Awards Ceremony to commend outstanding films and filmmakers. The NETPAC Award went to Suburban Birds while the Asian Blockbuster Film 2018 went to the film Crazy Rich Asians, the highest grossing romantic comedy in a decade. For the second year in a row, IFFAM partnered with Variety to spotlight young talent in the continent with the Asian Stars: Up Next Award, recognising five actors and actresses: Anne Curtis (Philippines), Iqbaal Ramadhan (Indonesia), Zaira Wasim (India), Xana Tang (New Zealand), and Ryan Zheng Kai (China).

Another star attraction of the film festival was Academy Award-winning actor Nicolas Cage. Named Talent Ambassador this year alongside Aaron Kwok, Cage reviewed his decades-long career and major contributions to cinema – from critically acclaimed turns in Leaving Las Vegas (1995) and Adaptation (2002) to Hollywood blockbusters like The Rock (1996) and the National Treasure series – during the one-hour class moderated by Mike Goodridge, artistic director of IFFAM and former Protagonist Pictures CEO.

On the sideline of the master class, Cage spoke to local media outlet Macau Daily Times about the cinematic potential of Macao, with a promise to return for filming projects. “It’s the wonderful confluence of the Chinese and Portuguese cultures that makes for the perfect place to shoot a film. The combination of the architecture, the food, and the people is fantastic. I would not hesitate to come back,” he commended.

Kwok shared his own plans for future shoots with local media during an interview session at the Awards Ceremony. The long-time amateur motor racer touted the great potential for Macao as a setting for high-speed action, revealing that, a few years ago, he even drew up a storyboard for his own movie with a scene shot in Macao. “It is an action scene – a racing scene, because Macao is so beautiful, especially at night,” he said.